Why do we regulate?

Over the years, the ever-increasing involvement of the private sector has reinforced the need for autonomous agencies to regulate the sector. Regulation has largely entailed balancing the needs of both consumers and utilities. Thus, through regulation, utilities are able to operate in an environment where they can get a reasonable rate of return on their investment, while providing a quality service to consumers. With the advent of regulation, there now exist generally distinct and clear roles for different players in the sector. Government formulates policy, utilities provide the services while autonomous agencies regulate the sector. This has helped to boost investor confidence in the energy sector as there is a higher likelihood of a level playing field. 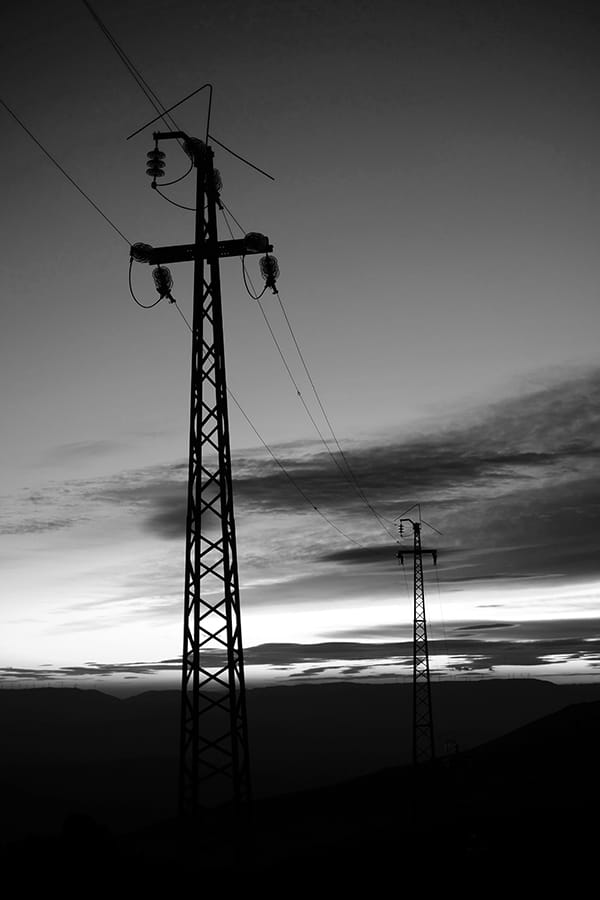 In 1994 the Government of the Republic of Zambia promulgated a National Energy Policy to guide the administration of the sector. This was in recognition of the critical role that energy plays in socio-economic development and poverty reduction and the need to enhance that role. At the time, there existed no regulatory body, and the law allowed for a monopoly in the provision of electricity services in Zambia, among other things. One of the key strategies outlined in the policy was to provide leadership in the energy sector through licensing and other regulatory instruments.

In that regard, legislation to do with electricity (The Electricity Act) was reviewed to open up the sector and new legislation (The Energy Regulation Act) was introduced to provide for the establishment of a regulator in the energy sector. Thorough processes were undertaken including consultations and reference to international best practice during the review of existing legislation before introduction of new legislation. 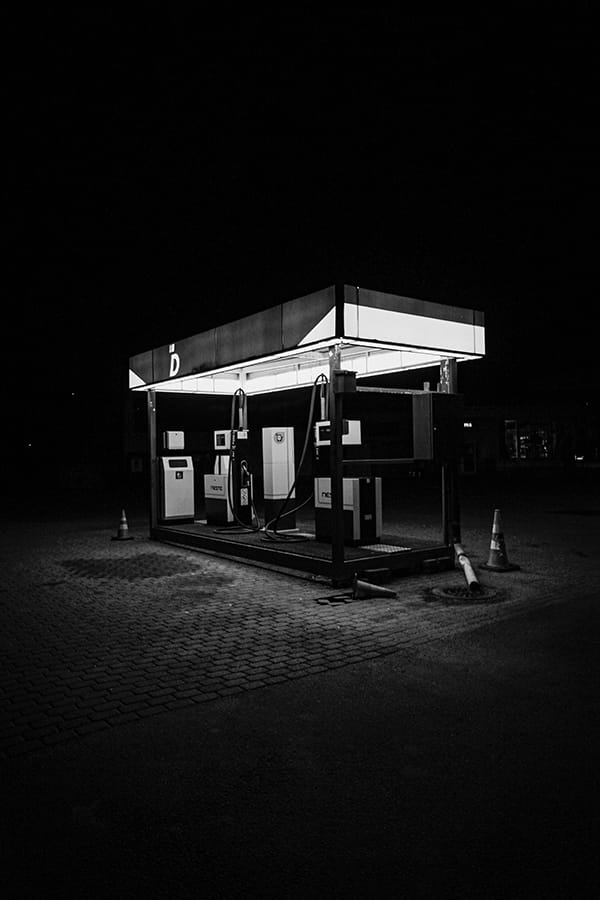 THE ENERGY REGULATION BOARD

The need to establish a regulator in the energy sector mainly arose from the liberalization policy which allowed many players to come into the sector and this required an agency to ensure that there was coordination and a level playing field in the sector. The Energy Regulation Board (ERB) was thus established in 1997 following the enactment of the Energy Regulation Act, Cap 436 of the Laws of Zambia.

ERB was established to regulate undertakings/utilities in the energy sector including Electricity, Fossil Fuels (petroleum) and Other Forms of Energy such as solar and coal, through specialised licences it would issue. Currently, regulated utilities include ZESCO, Copperbelt Energy Corporation and Lunsemfwa Hydro Power Company under the electricity sub-sector. ERB also regulates the refining, marketing of, importation and transportation of crude and finished petroleum products under the petroleum sub-sector. Some of the companies regulated include INDENI Oil Refinery, TAZAMA Pipeline and all Oil Marketing Companies such as BP (Z), Total (Z), Petrotech and Engen. Due to the conducive investment environment created by Government and the ERB, there are now more than 19 oil marketing companies operating in Zambia and consumers are receiving a better level of service, owing to increased competition.

Since inception, the ERB has developed regulatory procedures and systems to facilitate the regulation of the energy sector in line with its mandate and mission. For example, in the petroleum sub-sector ERB has set standards for all petroleum products on the market so that consumers are protected. This, to a large extent, also prevents sub-standard products from entering the market and ensures Zambia does not become a dumping ground for undesirable products.

Aspiring to be world class, firm but fair regulator that inspires the confidence of all stakeholders, the ERB is regulating the energy sector in Zambia with due to consideration to the world trends in the sector. After ten years, ERB has firmly positioned itself and provided leadership in the sector. This has considerably raised the standard of service provision mainly through enforcement of procedures and guidelines for the sector. The presence of ERB in the sector has also helped to promote investment by providing an environment in which investors can have a reasonable rate of return on their investment and still provide a quality service to consumers. The level of competition has also improved resulting in increased availability and quality of energy services. Further, adherence to the rules by players is emphasised as sanctions are firmly but fairly applied.

The electricity supply industry in Zambia mainly comprises of a vertically integrated state utility, ZESCO, and an energy service company Copperbelt Energy Corporation (CEC) that purchases power from ZESCO and supplies it to the mines. In addition one independent power producer, Lunsemfwa Hydro Power Company, and some small- scale solar based energy service companies supplying power to some rural areas also participate in the industry.

Only 25% of the Zambian population has access to electricity. In the rural areas, the level of access is less than 5%. Given the cardinal role electricity plays in socio-economic development, the ERB is working closely with all industry stakeholders to promote investment in power infrastructure.

ZESCO is the main supplier of electricity to the nation, with a customer base of about 300, 000. The utility is engaged in the whole power business chain, i.e. generation, transmission, distribution and supply. ZESCO produces most of its power from three main hydro power plants, namely Kariba North bank, Kafue Gorge and Victoria Falls power stations.

Copperbelt Energy Corporation is a privately owned company, created after privatisation of ZCCM power division. The company owns transmission and distribution networks in the Copperbelt region of Zambia. CEC purchases 55% of the power generated by ZESCO and supplies it to the mines.

Lunsemfwa Hydro Power Company is a privately owned independent power producer (IPP) created after the privatisation of the Zambian Mining conglomerate, ZCCM. Lunsemfwa has an installed capacity of about 40MW and currently sells all its power to ZESCO under a power purchase agreement (PPA).

The ERB currently uses the Revenue Requirement, also known as a Rate of Return, pricing method to regulate tariffs of electricity utilities.

The general principle is that the utility is allowed to cover prudently incurred expenses and earn a reasonable return on its investment. The utility’s costs are therefore reviewed, and those costs deemed to be unnecessary or unreasonable are eliminated or adjusted accordingly.

The utility is able to apply for a review in the event of significant macroeconomic shocks such as a huge depreciation of the Zambian Kwacha or a huge rise in the level of inflation.

There are 18 Oil Marketing Companies (OMCs) involved in the distribution and retailing of petroleum products. The downstream is also made of various fuel transporters and dealers contracted by OMCs to transport fuel by road from the fuel terminal and operate service stations respectively.

The wholesale petroleum prices are regulated by the ERB due to the monopolistic nature of the industry. Indeni currently carries out the importation of feedstock. With respect to pump prices, the Government liberalized pump prices in June 2001 as part of its economic reforms. ERB therefore takes on an ex-post monitoring role for pump prices whilst regulating ex-refinery gate prices. There are established margins for OMCs, dealers and transporters and ERB ensures that prices remain in a reasonable band to ensure that the consumer is not overcharged.

Petroleum prices in Zambia are determined through the Cost-Plus Pricing Model (CPM). This model has been in effect since January 2008, after the Import Parity Pricing Model which had been in use since 2004 was discontinued following concerns raised by stakeholders. The CPM is used to determine prices for each cargo and provides for longer intervals of price stability. It therefore takes into account all costs associated with the purchase of the feedstock as shown in the table below:

The total cost is converted into kwacha using a projected US$ to Kwacha exchange rate. The rate is assumed to be the rate that will be in effect at the time that the buyer will need to purchase US dollars for making payments to suppliers and service providers during the life of the petroleum feedstock cargo.

The CPM therefore ensures that all costs incurred in the procurement of feedstock are recovered through sales of petroleum products. This is necessary in order to collect all the funds incurred when purchasing the particular cargo.